3 years ago · Justin Becker · Comments Off on Cedar Springs, MI History: Everything You Need to Know

Cedar Springs, MI History: Everything You Need to Know

Cedar Springs is a city that lies in Kent County, in the state of Michigan, 20 miles north of Grand Rapids.

Known as the “Red Flannel Town,” the city is home to an annual Red Flannel Festival, celebrating the famous “drop-seat” long johns and nightwear.

Apart from the town being the northern terminus of the Grand Rapids and Indiana Railroad for two years, it also served as the crossing point for the east-west Toledo, Saginaw, and Muskegon (Grand Trunk) Railroad. 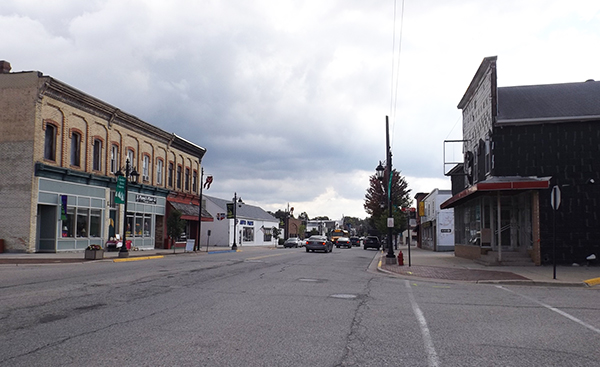 In 1871 the Michigan legislature incorporated Cedar Springs as a village. At the time, it was a major hub for timber history.

In October, 1959, the Village became the city of Cedar Springs.

One reason that stimulated the Village as a city was developing a water distribution system and sanitary sewers unrelated to Nelson and Solon Township. Their borders ran through the Village while deriving tax revenue from property owners within the Village.

Why is it Known as Red Flannel Town?

Due to the logging activity, a new enterprise emerged in Cedar Springs.

Red Flannel undergarments were produced for the loggers whose work required them to be outside throughout the harsh winters.

That business continued beyond the lumber industry era and still exists today as a viable part of the community.

John and Lydia (Proper) Smith are believed to be the first settlers in Cedar Springs, Kent Co., Michigan.

The research has shown that Mr. and Mrs. Smith came to Cedar Springs in 1851, where they opened a sawmill for a time and kept the post office in the sawmill in Nelson Twp. In 1852 they bought 700 acres in Solon Township..

According to the History of Grand Rapids and Kent Co, in 1918, Mr. and Mrs. Smith experienced all the privations of pioneer life.

In 1852 the nearest settlement was Laphamville (now known as Rockford), about seven miles to the south.

The road to Cedar Springs was an old Native American trail that had barely become a path wide enough for wagons to travel over.

The Smiths settled on Cedar Creek at the north end of what is now the town of Cedar Springs. The area was covered with beautiful old cedar trees, and the flowing spring was a great convenience next to their home.

The Smiths listed themselves as farmers in the 1860 census, but they also were Innkeepers.

The History of Grand Rapids and Kent Co. 1918 says that their home was a log cabin in the forest and was the pioneer’s hotel, being liberally patronized for a long time.

Cedar Springs Historical Museum allows one to step back in time to tour the one-room Payne School House that was moved in 1971. It is located in Morley Park, just off South Main Street.

After renovation, today, the school reflects the century-long era in public education when one teacher, lodging with a school family, taught all eight grades.

While in the museum, you step back into the history of Cedar Springs. Displays include an early pioneer home, Native American exhibits, lumbering, railroad, general store, and more.

Interestingly, they also have a genealogical library with many indexed records such as obituaries and funeral records.

The museum itself has much more to offer for anyone curious to dig deeper into the history of Cedar Springs.

In addition to the many displays, the museum offers the following services:

Note: If you plan to visit the museum in Morley Park, just off South Main Street, their opening hours are as follows;

Ideally, you should contact the office for more information about your visit and any other questions that you need answers to.

The community was named for the fine springs bordered by a cedar grove.

According to the 2010 census, Cedar Springs has 1,115 households and 774 families living in the city.

With Cedar Springs being less than a mile from US-131, the community provides easy access to the cultural amenities of the greater Grand Rapids area.

The city is a beautiful community with tree-lined streets and a varied housing base. Taxes in the city have remained steady with the city millage rate being 15.0642.

The city has a small retail business district and a stable industrial base when it comes to the economic perspective.

The community has vast possibilities for future growth. Significant industry and business have been attracted to the city area, including Display Pack and various precision tool and die companies.

The current population of Cedar Springs is growing at a rate of 0.56% annually and its population has increased by 6.95% since the most recent census, which recorded a population of 3,509 in 2010.

Today, the city has a population density of 1,913 people per square mile.

According to the most recent American Community Survey (ACS), the racial composition of Cedar Springs is:

Is Cedar Springs a Good Place to Live?

In a nutshell, Cedar Springs is a great place to live and work.

There’s much more to the city than the name itself. Whether it’s a historical building, recreational places, or parks, rest assured you’ll find something for yourself.

With the cost of living almost seven percent less than the national average, you can live a quality life without breaking the bank.

It is important to remember that the cost of living in any area can vary based on factors such as your career, your average salary, and the real estate market.

If you’re looking to move to the city, make sure you do adequate research on the housing market, among other factors, before making any decision.

Cedar Springs is rich in history, growing from a village (Lumber Town) known for lumber and shingle mills back in 1871, to being a city in 1959.

There’s a lot to see and discover in Cedar Springs. Visiting the city will open the doors to answers of any questions you have about the city.