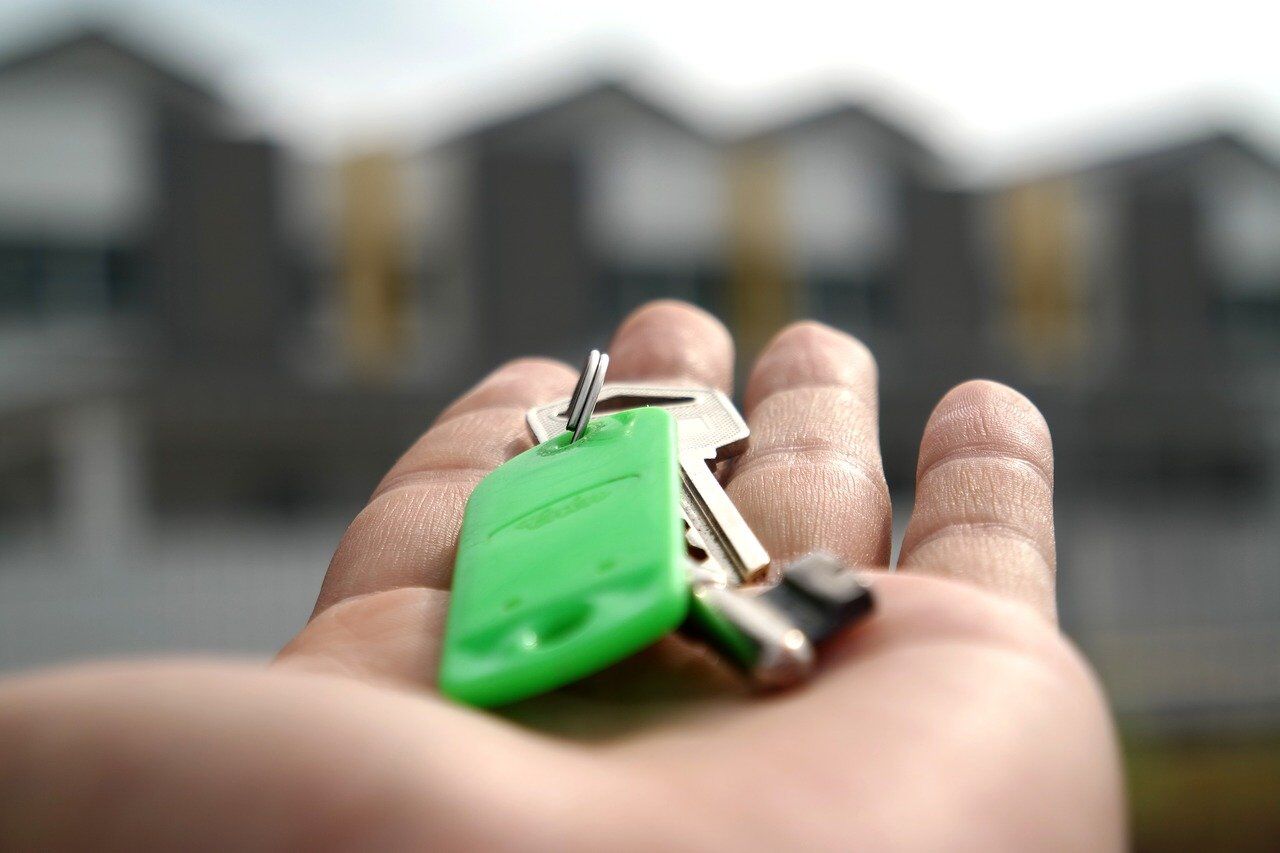 1 year ago · Justin Becker · Comments Off on The Average Rent in Grand Rapids, Michigan

Located in the ‘Wolverine State,’ Grand Rapids, MI is a fantastic, vibrant and forward-thinking cosmopolitan city that is a great place to live and rent a property in.

Not to mention, Grand Rapids is also known as Beer City, USA, but that’s a story for another time ;).

It is a relatively affordable place to live, with the Grand Rapids, MI average apartment rent price being $1,140, while the average size of an apartment in the city is 864 square feet.

With that being said, before we get into all of the average rent rates and stats for Grand Rapids, MI, let’s touch on why it’s such a great city to begin with.

What’s so Great about Grand Rapids?

Grand Rapids, MI lies on the picturesque serene Grand River, blessing its residents with glistening riverfront views all year round. 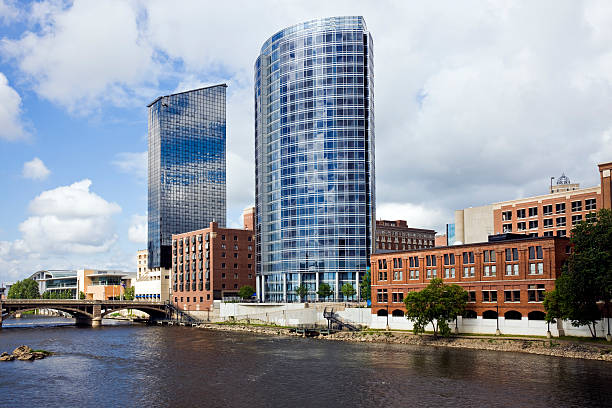 The city’s neighborhoods offer plenty of variety and character, from the trendy historic arty Heartside neighborhood in the Downtown area, to the leafy suburban areas, such as East Grand Rapids, MI.

The neighborhood of East Grand Rapids, MI is an ideal place for families to settle, and the homes there offer residents plenty of living space. East Grand Rapids, Michigan boasts a combination of both contemporary and historic architecture, from centuries ago.

Grand Rapids, MI is a large city with approximately 203,000 inhabitants today. With that said, the ‘Interurban Transit Partnership’ and ‘DASH’ (Downtown Area Shuttle) provide urban residents with an efficient public transport bus service, enabling people to move around the city with relative ease.

In recent years, a special express bus lane has been opened to ensure buses are capable of transporting passengers around the city, as well as to and from the surrounding suburban areas (such as East Grand Rapids), at a quicker rate, all while avoiding the time-consuming hassle of traffic.

What is There To Do in Grand Rapids?

If you are a culture vulture, you are in luck! Grand Rapids, MI is a hotbed of cultural heritage with many unmissable attractions for you to enjoy.

For example, the top museums to visit in Grand Rapids, MI include the Gerald R. Ford Museum and the Grand Rapids Public Museum.

The Gerald R. Ford Museum’s collections pay homage to Ford’s time as president in the mid-1970s, and the impressive Grand Rapids Public Museum, which showcases exhibitions dedicated to science, history, and culture, makes for a fascinating educational day for people of all ages.

Now let’s get into one of the most important factors when deciding to move to Grand Rapids, MI, the rent prices.

We definitely recommend carrying out a sufficient amount of research on average rent rates before deciding on a Grand Rapids, MI property.

On various real estate websites, you will be able to use virtual tours online to get a good idea of the homes on offer, and all of their rooms. This is a great starting point to begin your search, which will give you an excellent insight into what it is like to live in Grand Rapids, MI rental properties, and the living spaces they have available.

The Cost of Studio Apartments for Rent

Studio apartment living is ideal for young professionals or single individuals seeking to follow a minimalistic and simple way of life.

Rental statistics show that the average monthly cost of renting a studio in Grand Rapids, MI is around $850. The rental price for a studio in the city has gone down by over $100 from where it was back in March, 2020, which was $964.

If you are seriously looking into renting a dreamy studio, get yourself a bargain and dip into the Grand Rapids, MI rent market now. You will be able to take advantage of the current low average rent prices of studio units in this area.

The Cost of 1-Bedroom Apartments for Rent

The average rent price for a 1-bed apartment in Grand Rapids, MI is currently $1,175. This average rent has increased by around 10% in the past month alone.

With that said, the average monthly rent for a 1-bed apartment in Grand Rapids, MI is still considerably more affordable than the national average rent of approximately $1,560 a month.

The Cost of 2-Bedroom Apartments for Rent

Do you require a bit more living space? Or are you hoping to be able to host guests in a spare room?

If the answer to these questions for you is Yes, then renting a 2-bed apartment may just be the thing you are after.

Surprisingly, the cost of Grand Rapids, MI rent for a two-bedroom apartment is hardly more than renting a 1-bed apartment!

The current average rent for a 2-bed apartment is $1,200 a month. Therefore, why not take the plunge and opt for a place which can offer you a handy extra bedroom at a reasonable price?

The Cost of 3-Bedroom Apartments for Rent

For growing families looking for extra space and bedrooms, a three-bedroom apartment may be the best fit to meet your needs.

With that said, bear in mind that inevitably renting a 3-bed property not only in Grand Rapids, MI, but anywhere, for that matter, will naturally work out to be more expensive every month in terms of rent costs.

Grand Rapids, MI is an increasingly popular city to move to, and it has experienced a steady population growth every year since 2010. 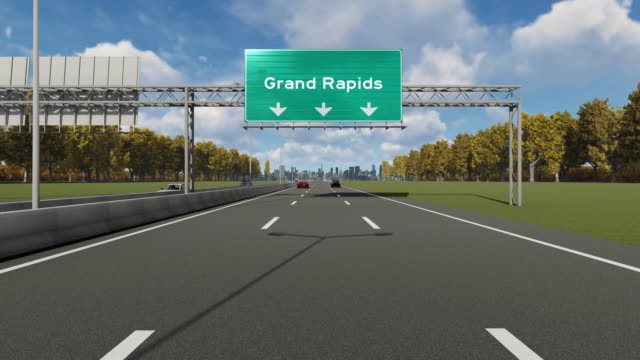 As a result of the rise in the city’s population, the average rent for an apartment has also increased, but not at an excessive or ridiculously high rate.

The median household income in Grand Rapids, MI is $65,615, which is lower than the national average of $68,000. Therefore, in order to attract renters to invest in Grand Rapids apartments for rent, and provide them with reasonably priced housing, landlords try as much as possible to keep rents at rates that are realistic and affordable for local residents.

How Much Do I Need to Earn to Comfortably Afford Rent in Grand Rapids?

The average annual salary in Grand Rapids, MI is $61,000. Therefore, the average rent for a one-bedroom apartment being at $1,175 a month should be easily affordable and well within most working individuals’ budgets.

If you are earning at least the average annual salary in Grand Rapids, you should even find yourself the luxury of being able to afford the average rent of a 3-bed apartment unit or home, which is $1,365 a month.

When deciding whether to rent in a certain location or not, it is crucial to take into account the additional living expenses of being in the given neighborhood.

Let’s break down the cost of some key expenses in Grand Rapids:

●       Housing: The cost of housing is an astounding 28.7% lower than the national average

●       Grocery Shopping: The cost of groceries is 4.8% lower than the national average

●       Transportation: The cost of transportation is 4.9% lower than the national average

●       Utilities (electricity, heating, gas bills etc): The cost of utilities is 0.1% lower than the national average

●       Healthcare: The cost of healthcare is an impressive 26.6% lower than the national average

The Most Expensive Neighborhoods in Grand Rapids

The most expensive neighborhoods to rent in this city, in terms of average rent prices per month, are:

These more expensive neighborhoods to rent in are all situated in central locations, which means they are closer to the downtown district.

Living in one of these three neighborhoods, you will find yourself conveniently at a walking distance from the popular downtown cultural sites, along with being nearby the best neighborhoods in Grand Rapids for creatives and art enthusiasts, such as the Heartside area (average rent rates based on renter occupied comps).

The Most Affordable Neighborhoods in Grand Rapids

The most affordable neighborhoods to rent in this city, in terms of average rent prices per month, are:

Therefore, if you are seeking a lower cost of living, we recommend looking into renting property in these Grand Rapids neighborhoods, where rent prices are much cheaper (average rent rates based on renter occupied comps). 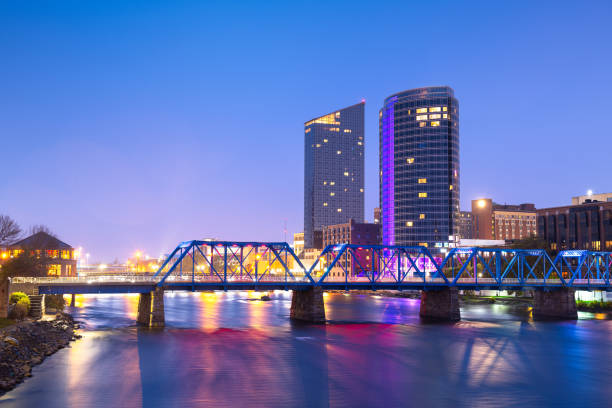 Please Note: The Grand Rapids neighborhood of Baxter has the double advantage of having cheaper rent prices as well as being a centrally located neighborhood, being a mere stone’s throw from the heart of the city.

Renting vs. Buying in Grand Rapids

Why choose to rent instead of purchasing a property in Grand Rapids? Well, here are some different benefits in opting for renter-occupied housing units:

●       Access to amenities provided by the landlord/property management owned communities

●       Free maintenance service on hand to cover your repair costs

●       Renting gives you flexibility of choosing where you want to live, all while allowing you the freedom to leave and move to another neighborhood at the end of your tenancy with relative ease

Renting in Grand Rapids, MI is fortunately an affordable option, which you should not hesitate to take advantage of.

We suggest you go and visit websites, such as apartments.com, to carry out further research, by using their apartment market intelligence solution, into homes or apartments for rent in Grand Rapids, to get a better understanding of what living in a property is really like through virtual 3D tours online.

The Top Manufactured Home Lenders in Michigan
What is a HUD Data Plate?
How Long Does it Take to Build a Mobile Home?
How Much Does a Mobile Home Cost?
HOME | HOMES FOR LEASE | HOMES FOR SALE | SCHEDULE A VISIT